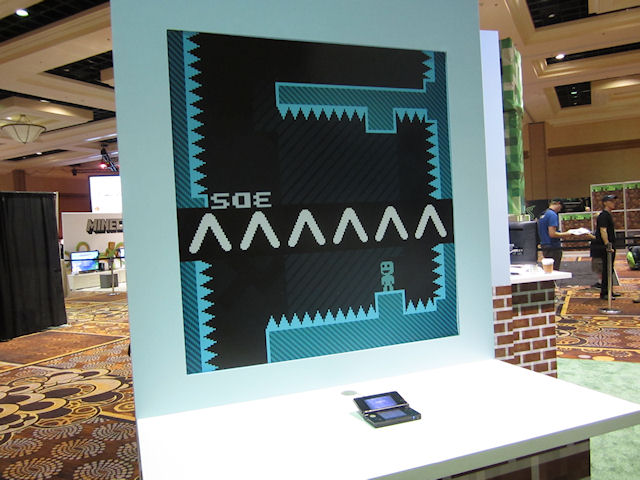 We're going to steal this from Terry's blog:

"It’s been a while since I gave an update on the 3DS version of VVVVVV, but we have some news – Nicalis submitted it to Nintendo a few days ago. Which means it’ll probably be out within a couple of weeks, fingers crossed!

I’m currently in Las Vegas, at Minecon with my game At a Distance. As it happened, there was an empty kiosk right next to me, so I cheekily asked if I could use it for VVVVVV 3DS. They were pretty awesome about it, even going so far as to print a banner :D

Having a lot of fun out here! Will post something about it when I get back next week."

Yeah, so if you're at Minecon or live in Las Vegas, stop by, say hello to Terry and bring him some In-N-Out burgers--he LOVES that stuff.