Hi there! This is Michael Stearns of StarQuail Games, developer of Tiny Barbarian DX. As you may have heard, we're partnering with Nicalis to bring our diminutive musclehead to consoles (the early episodes are already available on Steam for PC, Mac, and Linux), so I'll be popping up here to provide some information about the game and its development. But before I get into that, I'd like to give a little bit of background about myself and what led to Tiny Barbarian DX's development. 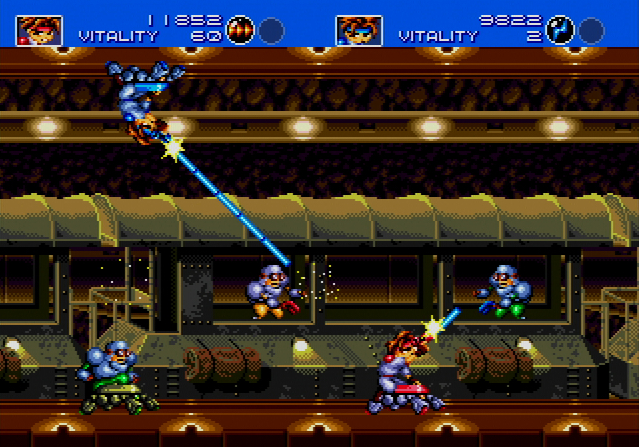 Games like Gunstar Heroes influenced me tremendously as a gamer and a creator.

I guess the first thing to know is that I've been a gamer for a long time. I grew up hooked on 2D action-platformers, and I was especially into Sega systems and games made by Treasure. Gunstar Heroes, Dynamite Headdy, Guardian Heroes, and Silhouette Mirage all made a huge impression on me, as did other games of the early to mid '90s - Shinobi III, Ranger X, and Rocket Knight Adventures, to name a few. These were games that not only played great, but that told stories through their settings and play mechanics rather than through an explicit narrative, and they really got my mind going as I thought about what kinds of worlds these games took place in. Even when 3D began to take root and my friends started playing Quake and Duke Nukem 3D, I was far more interested in what was going on with beautiful, detailed 16-bit and 32-bit art, and while the industry has obviously continued on with polygons as its priority, I'll always love 2D and pixels, and it's been a huge influence on me. 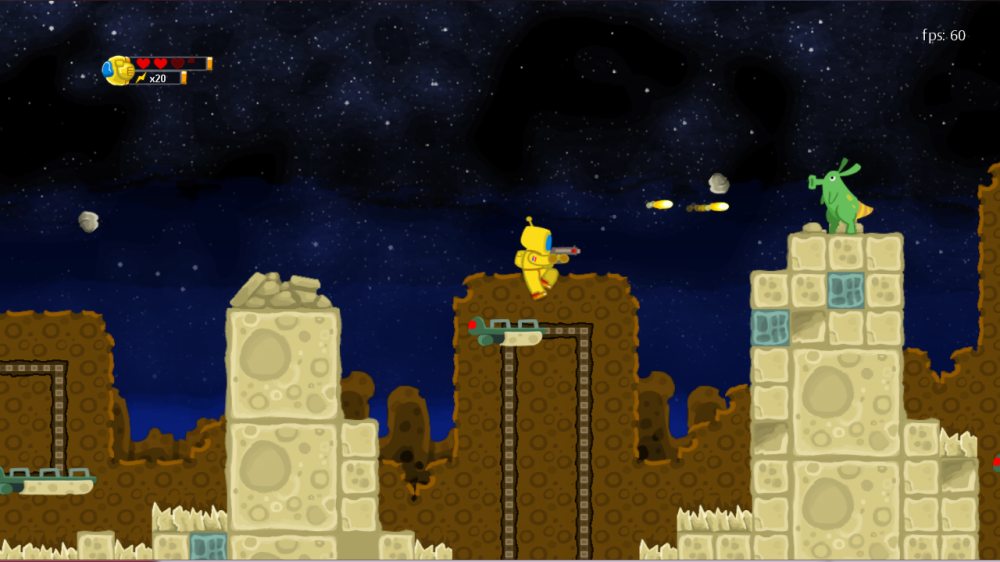 Before Tiny Barbarian, Astro Man on Xbox Live Indie Arcade was the biggest game I had been involved with.

My love of gaming led me to try my hand at indie development, which wouldn't have been possible without my partnership with my longtime friend Daniel Roth, who's basically a programming prodigy. Initially I focused on artwork and game design, and Daniel handled the programming side of things. Together we formed StarQuail. We dabbled with a lot of things, but the first game we actually released was a simple one-button game for PC called Sky Puppy. It didn't do too well, but we actually released it, and I was happy with how it turned out! Next we made Crystal Skies, which was designed by Daniel and was kind of our take on the spinning bonus levels from Sonic the Hedgehog. After that we released Astro Man, which came out on Xbox Live Indie Arcade. It was a platformer mixed with some light Metroidvania elements, where you had to explore the levels in order to find items that would help you through later levels, and you could go back to the old levels and try to find the stuff that you missed. 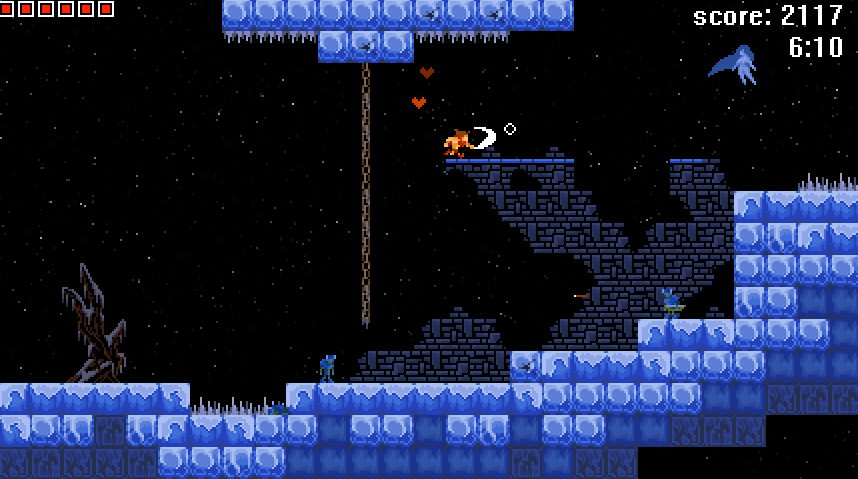 This was the original version of Tiny Barbarian, created back in 2010.

All that led me to Tiny Barbarian! During development of our previous games, Daniel always had to deal with me asking to implement all the arbitrary things that I wanted to include, so for Tiny Barbarian, I decided it was time for me to start learning how to code by myself. I started working on it in 2010 with a mini-episode I created in GameMaker, but since then I've moved over to using our proprietary engine called Quail2D. With lots of advice from Daniel and fan support on Kickstarter, I've been able to completely devote myself to working on Tiny Barbarian DX full time so I can try to deliver that same kind of classic action that I enjoyed so much growing up. As of this writing, the game is more than 75 percent complete, and I can't wait for you all to play it in its final form.