Greetings! Previously we've talked about choosing your parent Loa and customizing your character with masks and pins and mojos...but then what do you get to do with him? Lots! In fact, since the game is procedurally generated, you could say there's an infinite amount of things to do! But for today, let's take a look at the different campaign quests you can embark on, either alone or in multiplayer teams of up to four players.

In the first quest, Baron Samedi has been partying just a bit too hard, had a little too much to drink, and wouldn't you know it - he made a teensy mistake and accidentally opened up all of these portals from which enemies are pouring through. Naturally, it's up to you to find and destroy all the portals.

The second quest revolves around Maman Brigitte, who's trying to cast a spell. I won't go into the details of why she's trying to cast this spell, but special ingredients are called for, so you'll have to search the levels and seek out items such as chicken feathers, spider parts, and other things of that nature. 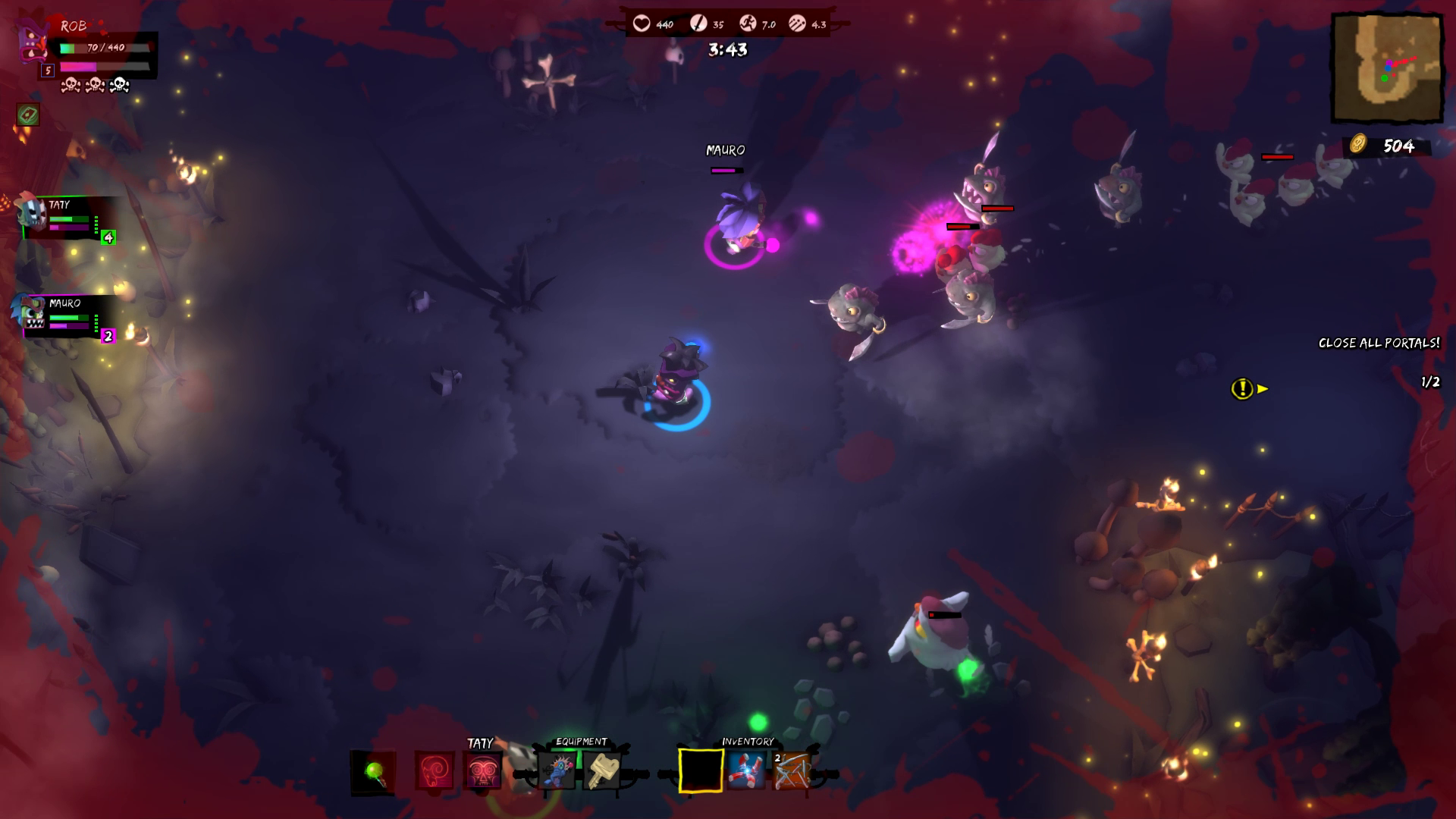 The third quest is something a bit different. In this one, you need to defeat a powerful voodoo sorcerer, and you can face him right from the beginning of the quest if you'd like. However, he's very strong, so you'll be in for a very, very tough fight. Fortunately, you can embark on side quests to defeat his acolytes from which he draws strength. Defeat this acolyte and the sorcerer will lose he health-regenerating capabilities; destroy another one and he won't be able to throw fireballs. You can conquer as many or as few of the acolytes as you wish, but when you're ready, it's time to face the sorcerer and show him who's boss.

The fourth quest is the most expansive - it's sort of a final test from the Loa to see if you're worthy. There are many routes and smaller quests all wrapped up as part of a big overall quest. After you beat one of these smaller quests, multiple additional quest routes become available, and you can choose which path you want to take to proceed. If you don't like the choices available, you can always return to a previous branch and try an alternate path there to see if those objectives are more to your liking. There are plenty of paths through this one, and lots of variety as well. 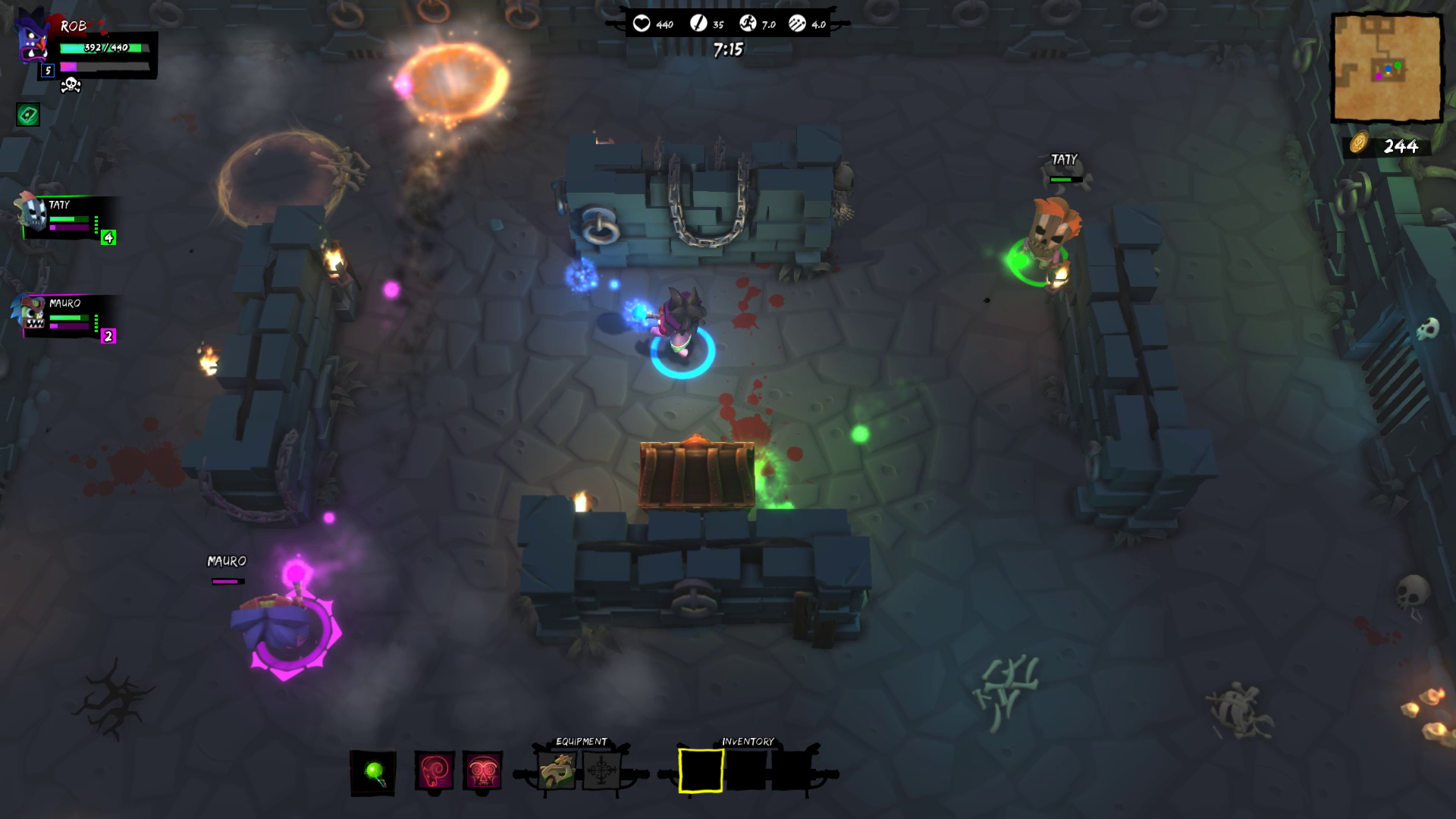 But guess what? Even after you beat all these campaign quests, there's still more to experience. Once you've beaten a quest, you can play it in a higher difficulty level with extra gameplay elements that make it more challenging and change the way you play, such as enemies regenerating health, dropping bombs, inflicting poison, or causing you to slow down when you get hit. There are seven difficulties in all, with the final one basically combining all the previous difficulty modifiers into one super-challenging mode. Actually, the last difficulty mode originally gave the enemies "golden gun" attacks that killed you in one hit...but it was too hard. No one could beat it, not even those of us on the dev team, so we sent that one to the cutting-room floor.

Even without that mode, there should be plenty to sink your teeth into in the campaign quests, especially when you consider the random, roguelike elements you'll encounter...which I'll talk more about next time!