Hi guys! This is Zach, creator of the upcoming PC/Mac/Linux game Creepy Castle! It's been a while since the game was guaranteed life through Kickstarter, but development has been moving along, and I feel like there's finally light at the end of the tunnel. I'm hoping to keep you informed here about some of the various aspects of creating Creepy Castle, but before I do that, I thought I'd give you some background about myself. 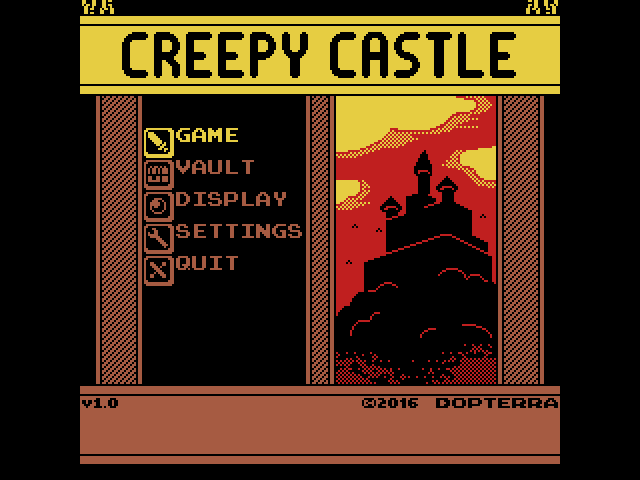 Creepy Castle is almost here, combining old-school looks and ideas for an all-new type of RPG.

I've been a gamer for almost as long as I can remember, my first console being the NES before moving on to the Super NES. I enjoy almost every game genre, but I've always had a special spot for platformers in particular. Some of my favorites include the Super Mario games (of course) and the Castlevania series - both the classic action-platformers and the more recent Metroidvania-style games. There's just something special about venturing through those haunted halls of Dracula's castle! I'm also a big RPG guy. You can't go wrong with the Final Fantasy series, and the entire line of Mario role-playing games is spectacular. I've always appreciated how those games have tried to bring something new to the table to make them more than just menu-driven RPGs - stuff like the timed button presses for extra offense or defense in Super Mario RPG, and the little minigames used to execute special attacks in the Mario & Luigi titles. (Not coincidentally, you'll probably notice the influence of a lot of these games in Creepy Castle.) 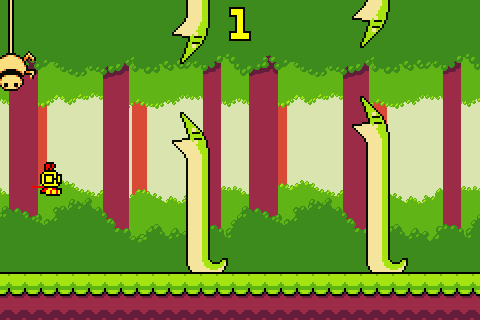 Look! It's Bee, who's going on to bigger and better things in Creepy Castle.

When I was still pretty young I started creating my own games with RPG Maker 2000 on PC, and after spending a lot of time with that, I began fooling around with GameMaker. When I wasn't attending school, I spent my time learning the things I needed to know to better make my own games: programming, writing, art, and, more recently, music. Along with one of my friends, this led me to establish Dopterra back in 2008. You could call it an indie game studio now, but back then it was more just for fun, and it allowed me meet a lot of other people who've contributed to Creepy Castle's development. (Dopterra is also the name of the world where Creepy Castle takes place). We've mostly dabbled with smaller browser-based games, like Flutter Moth, a Flappy Bird-inspired game starring Moth, Creepy Castle's main character. I was also commissioned to create a simple browser-based shooter to go alongside a book called Echo of the Boom a couple years ago - my first professional game! 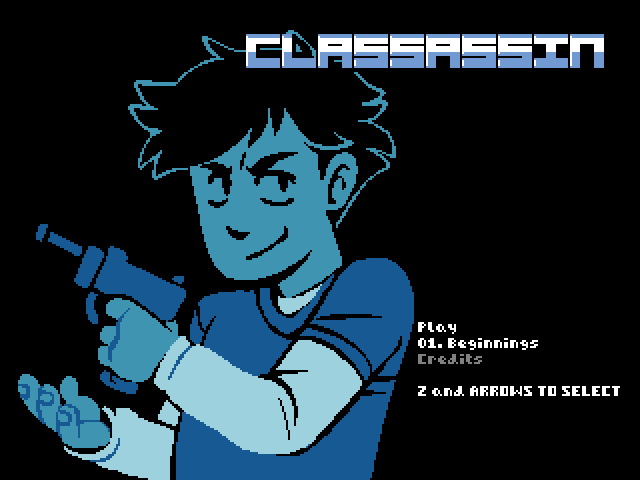 Classassin, a shooter created to promote the novel Echo of the Boom, was my first professional game.

But everything I've done before has been on a much smaller scale than what you'll find in Creepy Castle. It's by far my most ambitious project to date, and even though the going has been a little slower than expected, I think the extra time and effort are going to pay off. Next time I'll write a little bit about Creepy Castle's origins and how it's become what it is today. Thanks for your interest!